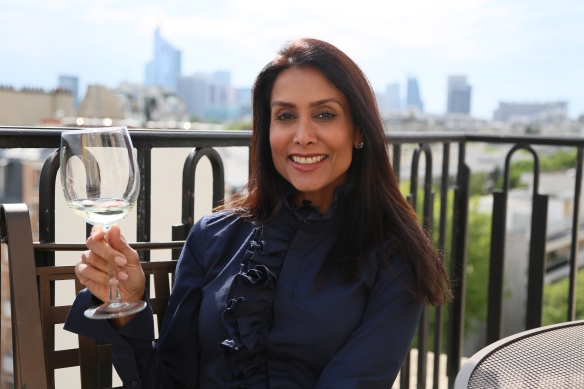 You may remember my buddy, “Jane” from This Post. I can’t really use her real name because, well, I can’t tell you that either, so we’ll leave it at Jane. Anyway, Jane and her two boys came to visit over the Ascension holiday weekend.

It was Ascension in France, but also a 4 day weekend in Norway for their May 17th Independence day. As an American, I associate 4 day weekends with a major holiday since we only have one of them a year, but on this side of the pond, they’re pretty common. May is basically one big holiday (the weekend after the 4-day holiday was a 3-day day weekend to celebrate Pentecost?!?! plus two other random Tuesday holidays thrown in for good measure) and then comes June which has almost as many days off from work and school. Are we missing something in the US?? 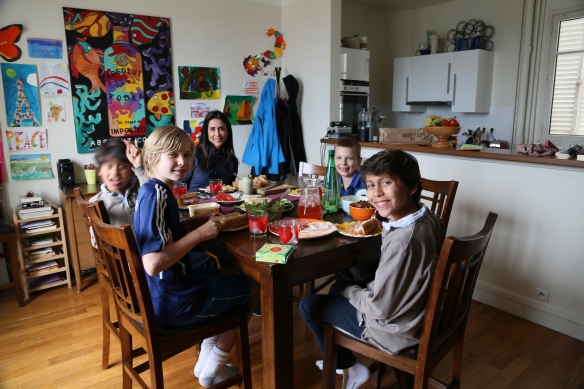 Anyway, the first day we just hung out at the park and our place and had a marathon chat–this woman is one fascinating conversationalist!!

It was just the moms and our boys since Niklas took Linnea up to Sweden. He had to work non-stop despite the long “holiday” weekend so it was easier for him to power down from there without any distractions.

Of course, it was a treat for Linnea to have some time with farmor and farfar, too. She painted this picture to give them and I had to take a picture so I could still enjoy it after it was given away. Farmor is in her wheelchair, farfar is with the dogs and they are out in the forest–that pretty much captures them in a nutshell. Farfar looks eerily similar to Sven Nordqvits’, Pettson…

The moms had a girls night out at one of the chic hotels here where Jane was very much in her realm. I was completely out of my league and just hung on for dear life. While exhausting to be out until the wee hours of the morning, (we didn’t even start dinner until well after I’m normally asleep!), we had a fabulous time and it was great to push myself out of my comfort zone.

I’m also incredibly proud of us because we rallied a few hours later for a day of touring. Jane had promised her younger son a ride up the Eiffel Tower for his birthday and by golly we roused ourselves out of bed and headed over there.

Unfortunately, one of the elevators to the top of the tower was broken causing 2-3 hour wait times so we bagged that idea…

and went for some much needed caffeine. This waitress was sure doing a good job balancing all those heavy cups and saucers with one hand. 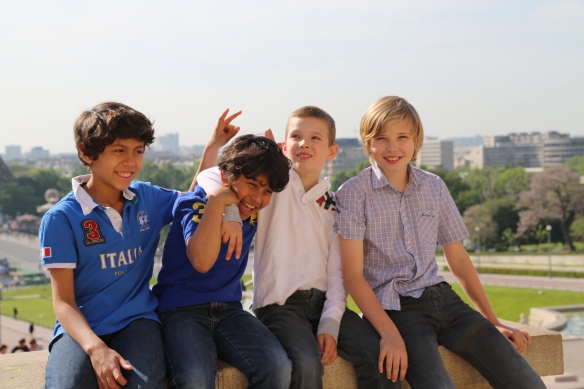 We played for bit…

Took some fun photos to remember our weekend together…

and then headed off to a birthday lunch–an incredibly delicious one I might add, at les coccettes de Christian Constant, where everything is served in cast iron pots. The service was as good as the food which makes this place a worthy destination. 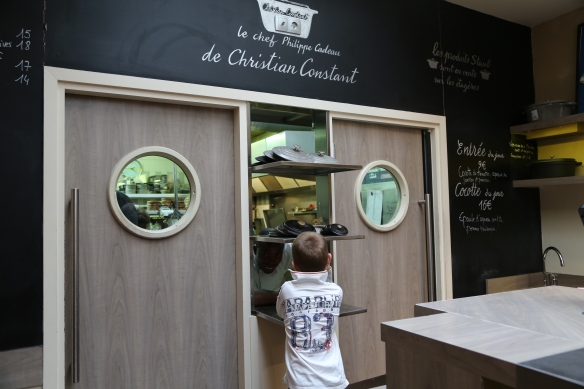 Mattias, ever curious, found the open window to the kitchen and was memorized by all the activity back there. 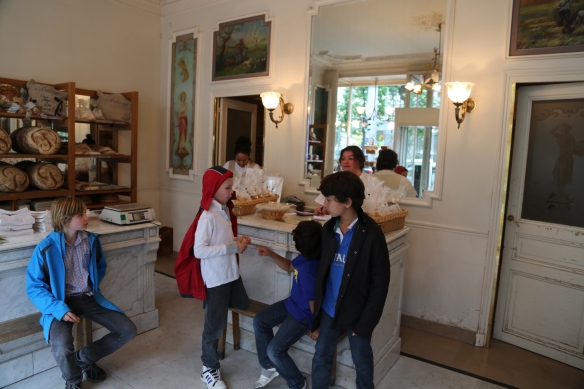 After another walk, we stopped by the Poilane bakery where we picked up some slices of their famed sourdough for tatines later that evening. I was thinking of my old Parisian pals, Christi and Jennifer as I went here for the first time with them.

Mattias wore his Norwegian flag shirt in honor of our visitors.

Thank you, lovely friends, for the great visit and fun memories!